A place to discuss anime and manga

I just learned that Michael Clarke Duncan just died! A friend just called my house a few minutes ago and told me about how he died as a result of a heart attack.

I always like the movies he's done. At the moment, I can't think of a movie he has done that I don't like.

I think it's shame that he died today. I think the acting community will be short a good actor now that he's gone.


Edited: I just found this on Wikipedia. I can't believe they've put this up already.

On July 13, 2012, Duncan was sent to the hospital after suffering from a heart attack.[17] It was reported that his girlfriend, Omarosa Manigault-Stallworth, potentially saved his life by performing CPR before he was transported to the hospital.[18]

Duncan's publicist Joy Fehily said in a statement on August 6, 2012 that he was moved from the intensive care unit but remained hospitalized following his July 13 heart attack.[19]

On September 3, 2012, a publicist quoted Manigault as saying that Duncan had died that morning in Los Angeles at the age of 54. "The Oscar-nominated actor suffered a myocardial infarction on July 13 and never fully recovered," publicist Joy Fehily said, adding that celebrations of Duncan's life would be announced at a later date.[1][20] The statement also, for the first time, described Manigault as Duncan's fiancée.
_________________
Some people are like slinky's, not good for anything except bringing a smile to your face when you push them down a flight of stairs. 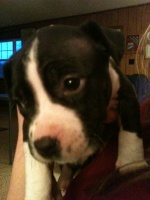